I remember when I was on the wait list for a Wyatt wheel - a beloved Pegasus, that mighty wheel made of mesquite, turned by Mr. Wyatt in his Texas workshop.  I never met Bill Wyatt in person, but we had a few lovely phone conversations when I'd ordered a wheel from him.  He was an Alaskan pilot for some years, and we had a great time talking about those days! I got on the wait list when I was a relatively new spinner; and that was many years back.  While I was waiting,  he sent me a turned wooden bowl, just a small one; I still have that little gift and treasure it.

I never got my wheel made; Mr. Wyatt became quite ill and never got to make it.   I managed to find one, and bought it - and it was truly a beautiful wheel.  But it wasn't exactly right for me; Myles Jakuboski, the man who took over Wyatt wheels, did some retro-fitting on it that made it pretty sweet; but it wasn't " just right" for me.  I sold that wheel some years ago.

Now, a wheel that belonged to a friend and mentor has been made available to me.  My friend Myler was a  remarkably well-known and renowned women in the Alaska fiber arts scene.  She was a force to reckon with!  She was funny, fierce, and influenced many lives.

I plan to purchase Myler's Pegasus wheel; she knew for years that I wanted it, and we laughed about it every time I saw her .  I say, "Hey Myler!  Are you ready to sell that wheel yet"?  She wasn't ever ready, but knew who to call once she was. I never let her forget!

I will treasure that wheel.  I never had one made for me by Bill Wyatt;  but Myler had!  And Myler was a right-handed spinner, like me.  Her wheel will fit me to a "T" and I am so grateful.  Myler was one of the FIRST women I met in Alaska.  She coordinated the Valley Fiber Arts Guild retreat, and I'll never forgot how much fun I had that first year when I met her.  I felt like I had a mentor from the start!  And now, the wheel I wanted when I first started spinning will come to live with me, as my friend and first mentor has no need for it any longer.

Myler passed away last night in her sleep after some illness.  I was really glad I got to see her earlier that day.  I was able to hold her hand, stroke her forehead, and tell her that she is loved.


My heart is a bit heavy for our loss in the Alaska fiber arts community.  Myler!  We adore you, and respect everything you did in this community.  I know I am not speaking just for myself when I say you changed many lives for the better.  Rest well, and fly with angels, my friend.


Myler left a substantial legacy in Alaska; many people over the years learned to spin because of her.  She was an institution before and during the Alaska State Fair every fall, handing out free spindles and wool to anyone who was interested.  She coordinated fair entries and judging, and came to our guild meetings admonishing us to get in lots of entries!  She knew how important it is to have a historical presence at big events like the fair.  She cultivated friendship and mentored the newbies.  She made a difference for many people, for many years.

I just found my blog again and today is a landmark day.  We just put my youngest son on an airplane, he is off to college!  My tears flow and my heart is joyful and sad all at once.  He has developed into a wonderful human being with a very bright and promising future. 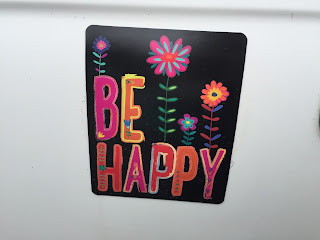 Posted by Peacecat at 7:05 PM No comments:

Back in the workshop

Life has an amazing way of slipping by...keeping me occupied with one thing or another, then suddenly...YEARS have passed!  No time is this more apparent than now, as my oldest son graduates from high school this month.  I can scarcely believe that he's going to be leaving soon.  I am so immensely proud of him but also quite melancholy.  He's really a wonderful young man and I am going to miss seeing him every day!

Happy Easter everyone!  I am busily preparing for another upcoming Fiber Arts Retreat at Camp Maranatha.  Always fun!  This year, I am excited to get all my goodies into my new trailer, which will make the process much easier.  I've been making batts and dying roving, and I hope to have a successful retreat. 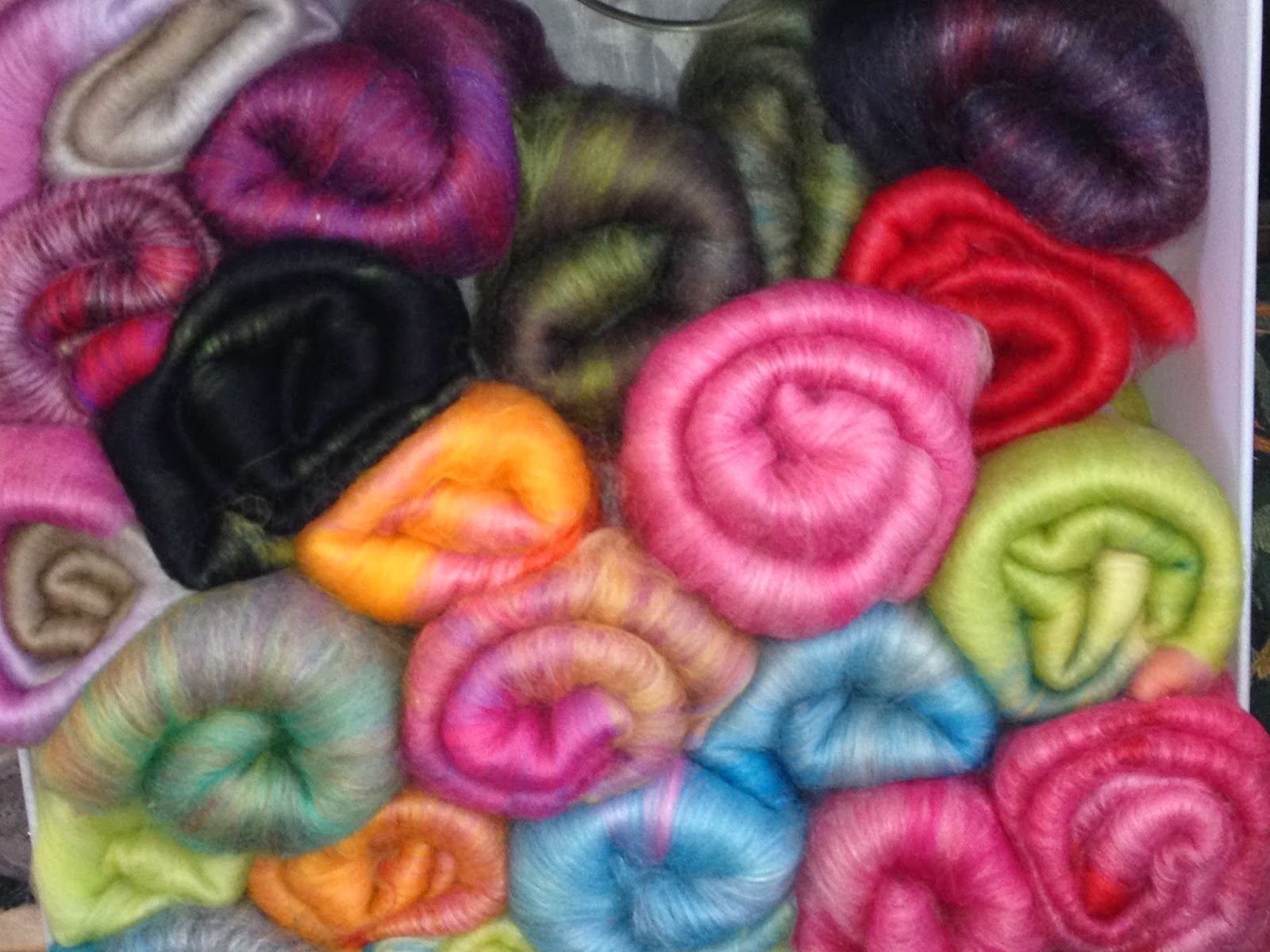 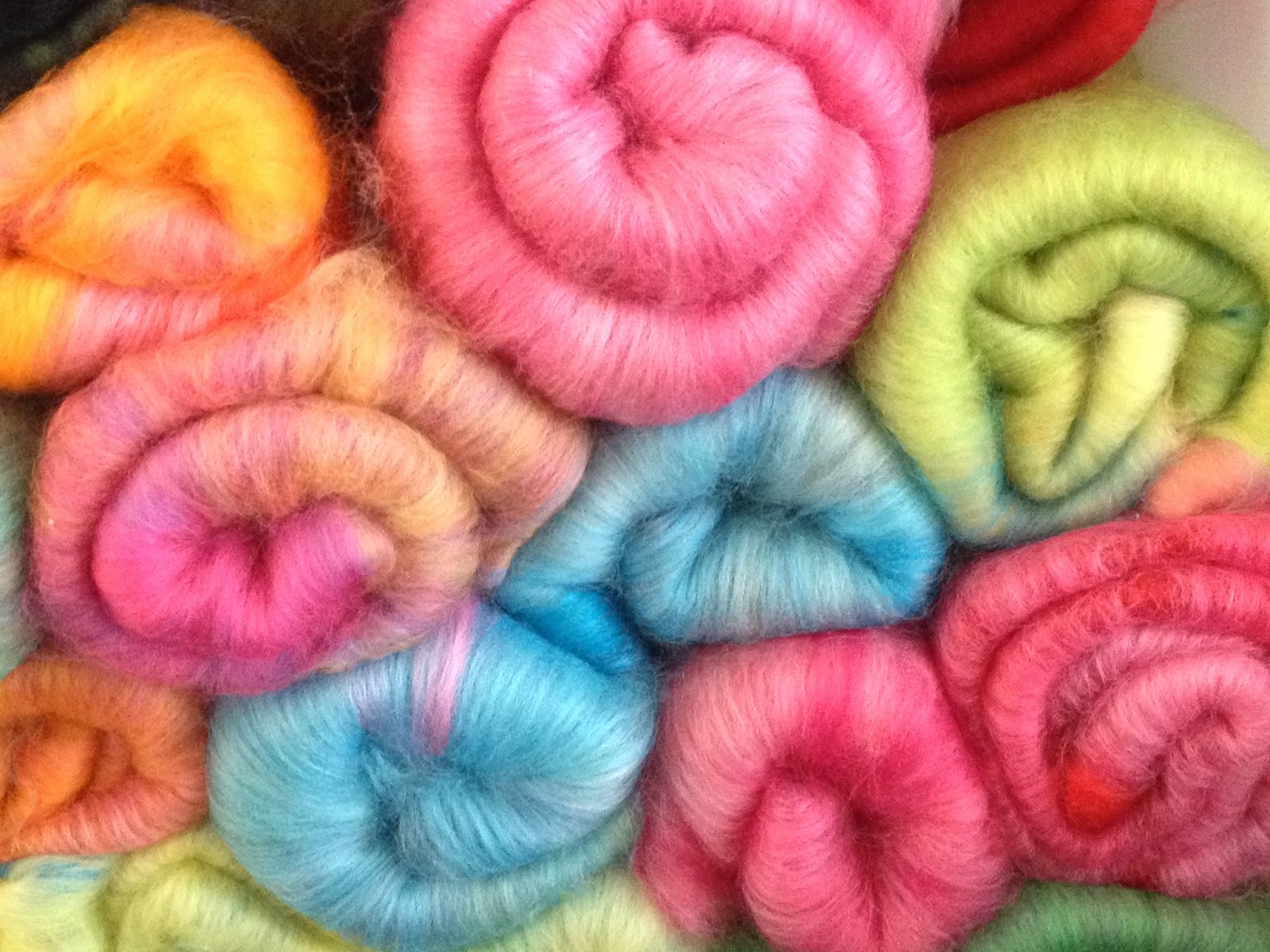 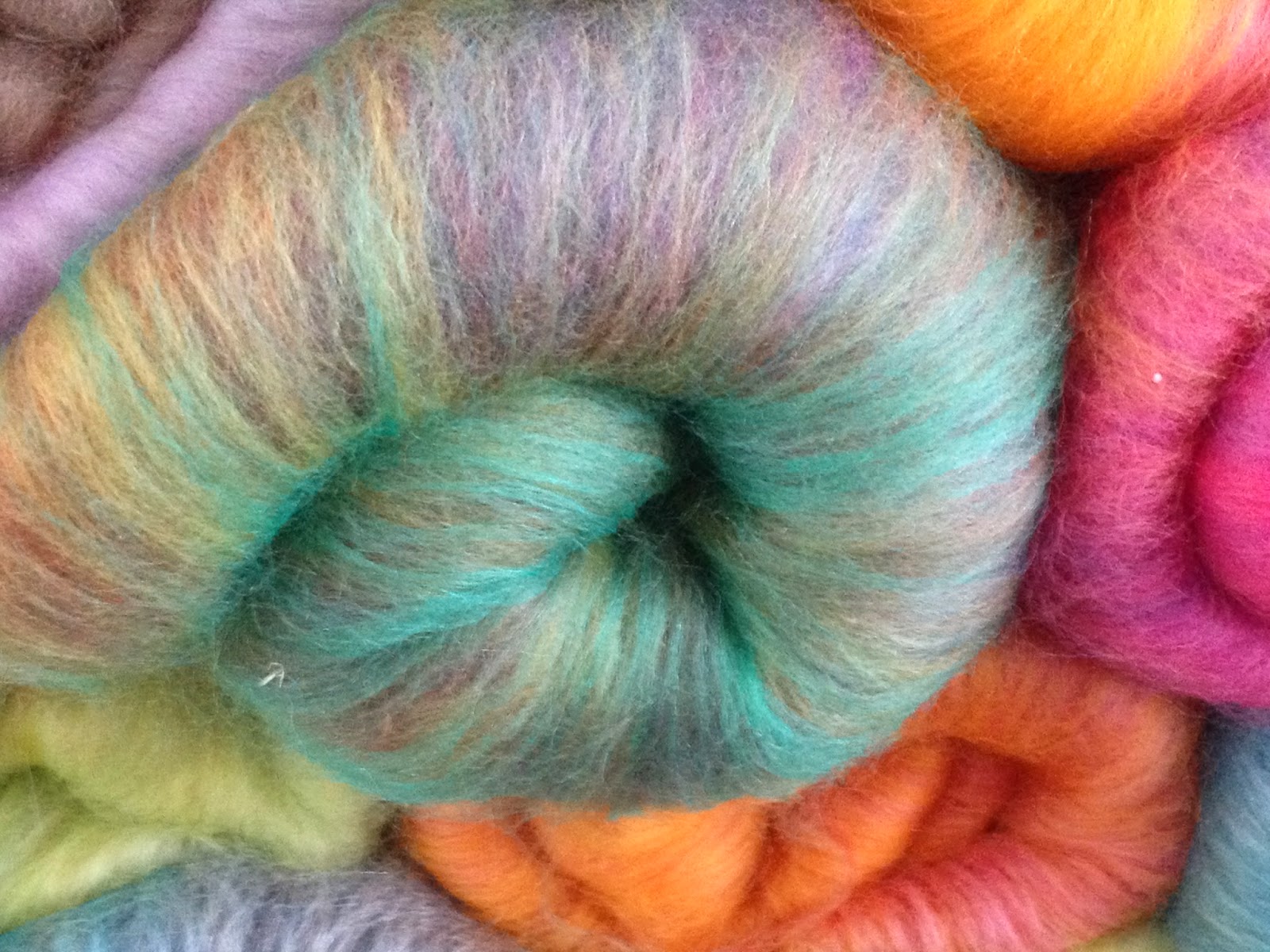 I am looking forward to seeing friends, old and new, spinning some yarn, and eating...and of course, enjoying the beautiful setting.

I have a blog.  That's been abandoned!  Oh, poor blog.  So sorry to be so darn busy that I couldn't update for over a year.  Sad, sad, sad.

I will strive to do better!
Posted by Peacecat at 6:59 AM No comments:

It's been a busy few months.  I took a trip to North Carolina, and Israel.  To top it off, we just bought a sailboat!


My business plans are moving slower than originally anticipated, but I am still excited and motivated to sell my handspun and hand-painted yarns.  Stay tuned for the announcement and online store!

This weekend is the bi-annual Fiber Arts Retreat sponsored by the Valley Fiber Arts Guild.  For two and a half blissful and busy days, we'll be at a gorgeous lakeside camp, with comfortable beds, private bathrooms (!) and stuff to keep us happy.  Spinning some...felting....visiting with friends, destashing, and adding new stuff to the stash.  All fun, all the time.  I am greatly looking forward to it.  I've spent some time organizing my studio, and am now going through items preparing them for sale.  I plan to destash a good deal of my stuff in my continuing effort to declutter my space and simplify my life.

Yesterday I arranged my shelving in my weaving room, making space for my magazines, books, and yarns.  It looks GOOD.  I love all the color and texture.  Hopefully it'll be an inspirational space to use once I get all the other cleaning completed.

Here are some photos!

And some rolags I carded awhile ago to make a self-striping yarn:

Peacecat
First and foremost I am a Baha'i - a lover of peace and unity, a believer in Baha'u'llah and His teachings. Being Baha'i infuses meaning into all aspects my life; whether it is as a mother and wife, a homemaker, an artist. I live in one of the most beautiful places on earth, and get to experience an abundance of natural beauty and wildlife. I treasure our snow, and our glaciers, which tragically may be gone in my childrens' lifetimes. I grew up here and moved "Outside" for a few years, but returned with my family several years ago. It's a great place to live! I love to work with fiber - wool or otherwise, and in my spare time you'd find me doing something fiber-related. It sustains and nourishes my creativity, and I haven't yet fallen short on inspiration. My occupation is Student - of life! I find that every day has something to teach me and the older I get, the better it is. I don't suppose I will ever "master" anything, and I am content to be a life-long learner.